Jack Dorsey, CEO of Twitter Believes Bitcoin to be the next Internet’s Currency

In mid-May 2018, The Twitter CEO made a similar kind of statement, stating that Bitcoin is the only choice for the internet’s native currency.

Dorsey who is also the founder and CEO of mobile payments company, Square permits its users to trade using the platform of Bitcoin. Currently, he is reluctant to add any other cryptos to the company’s app.

As per a report from Cointelegraph in last year, Square was named by Yahoo as the Finance’s company of the year. At that time, Square disclosed that it had generated $43 million in Bitcoin revenue for Q3 2018.

He believes that Bitcoin is going to have a bright future and does not see any pushback from its users. As a matter of fact, some of the major banks consider Bitcoin heavily. Currently, there is a huge dependence on the blockchain because of the efficiencies; it creates for the business and potential new businesses. But this also has a negative factor as this technology is threatening to certain services behind banks and financial institutions.

Dorsey predicted that the internet is gradually transforming into a system in which age-old data would be online permanently. This is the specialty of blockchain which helps in retrieving those data. He believes that we are transitioning into a world in which thing would last forever. There would not be any control over the data privacy. 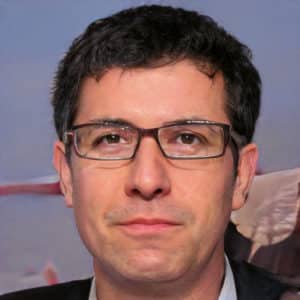 David Grundy covers breaking news stories of finance industry for FinanceKnown. He is news reporter having 10 years of experience in this field. He also writes news articles on financing, banking, investment and much more.